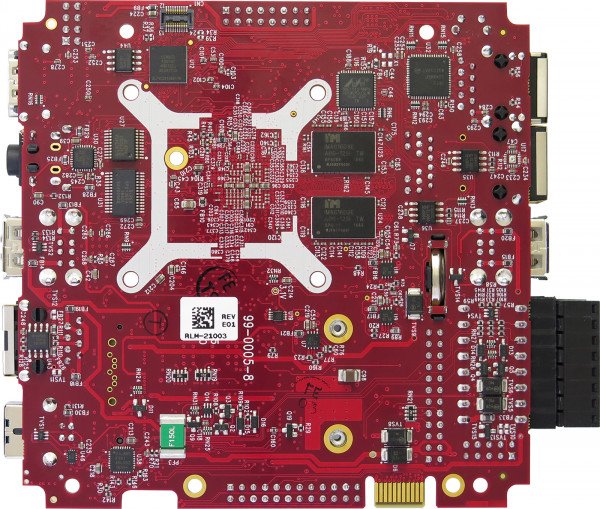 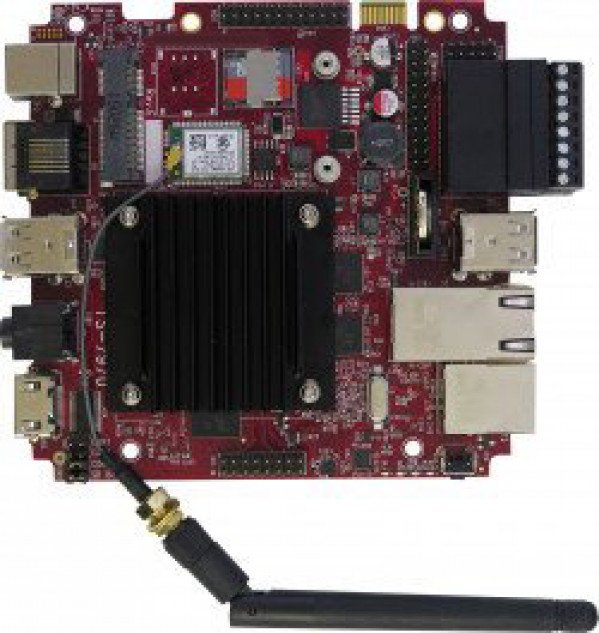 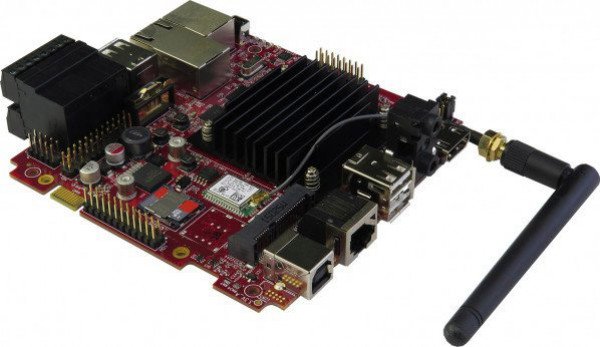 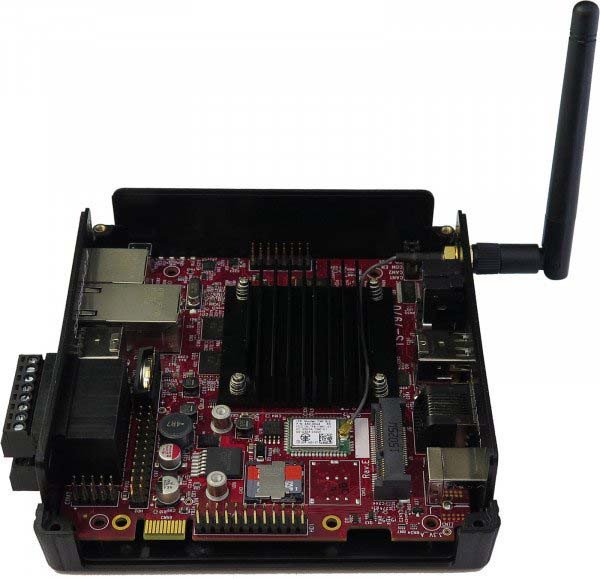 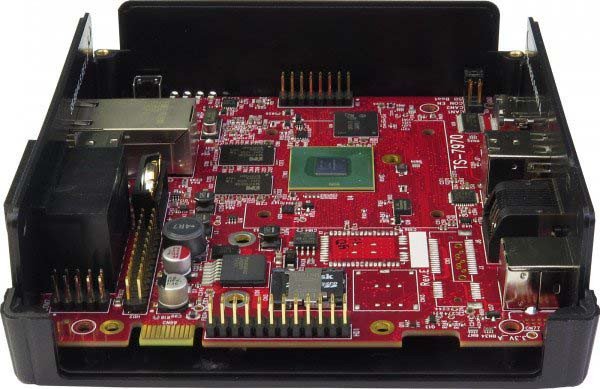 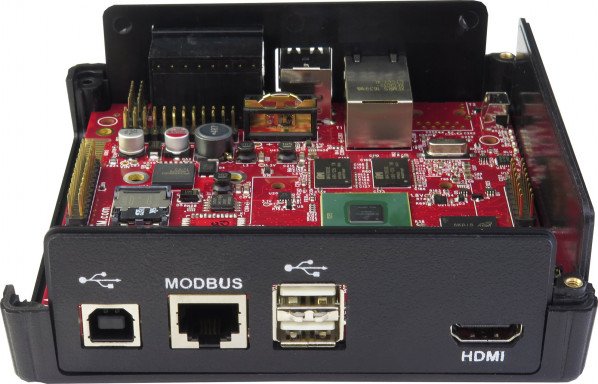 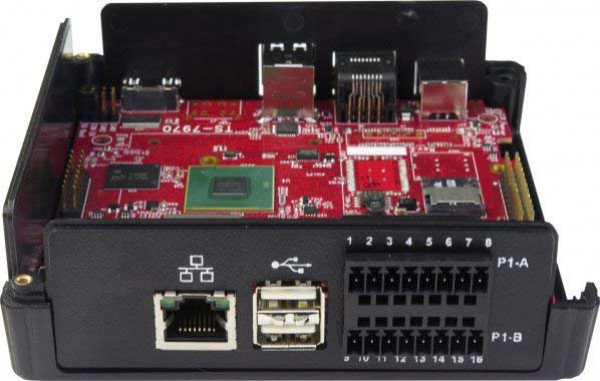 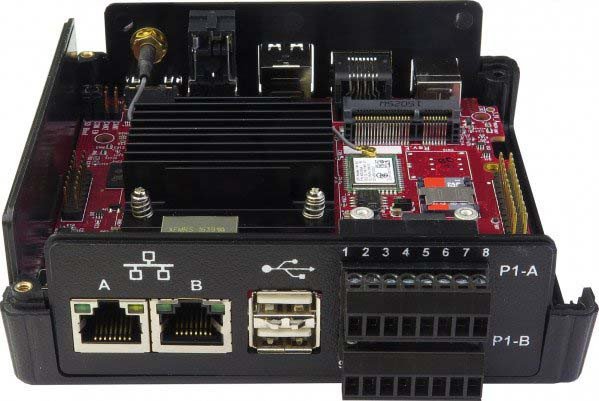 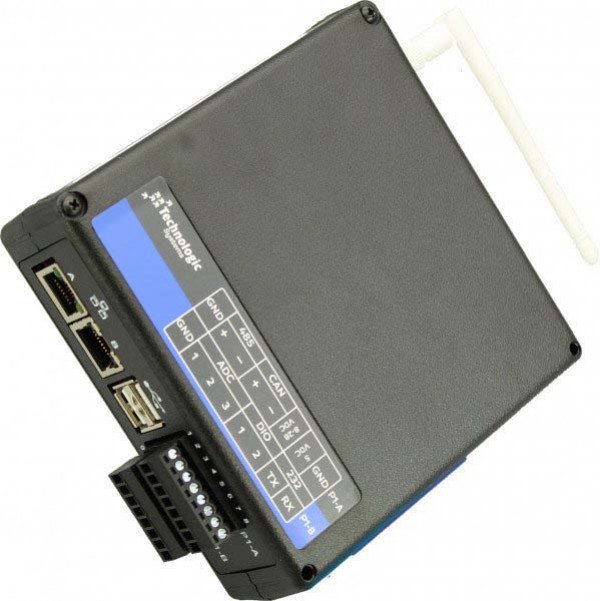 Powered by the NXP i.MX6 with the Arm® Cortex®-A9 core and features high performance components, connectivity, and multimedia capabilities. 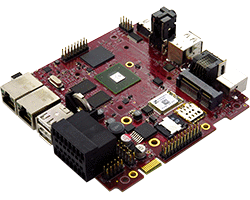 Powered by the NXP i.MX6 SOC with the Arm® Cortex®-A9 core, the TS-7970 industrial Single Board Computer (SBC) stands out from the crowd with its high performance components, connectivity options, and multimedia capabilities. It's a general purpose, low-power SBC ready to tackle demanding applications including digital signage, HMIs, data acquisition, IoT, industrial automation, and anything in between.

Each component on the TS-7970 has been carefully chosen to ensure reliable operation in the field. Solid connectors, such as the screw terminal block for power and I/O, securely snap in and hold on. Data is reliably stored in the onboard eMMC flash, configurable as pSLC for further reliability or MLC for more capacity. The fanless design of the TS-7970 paired with the low cost enclosure is able to withstand high vibration, high debris, and a wide temperature range of -40 °C - 85 °C (-20 °C to 70 °C for quad core). 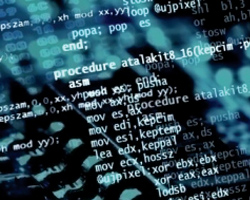 A productive out-of-the-box experience includes pre-installed Linux OS, development tools, and utilities for controlling DIO, UARTS, CAN bus, and more. The development kit makes sure you have all the necessary connections and cables to get off the ground quickly. The guaranteed 10+ year lifecycle ensures a long-term deployment in the field, free from expensive replacements that come from short, disposable lifecycles which are all too common.

Industry standard connectors, such as USB host and device ports, dual Gigabit Ethernet, RS-232 serial port, and rugged screw terminals are included. Additional storage or boot image is possible through the microSD socket. A temperature compensated (TCXO), battery-backed real time clock (BBRTC) keeps accurate time for the system and a watchdog timer is there to help when a system becomes unresponsive in the field.

The TS-7970 features popular I/O and interfaces, including:

Applications with strict low power requirements will appreciate the work that's been done to reduce power consumption to less than 3 watts in typical conditions and 15 mW sleep mode.

The TS-7970 offers an operating system choice of Yocto, Debian, Ubuntu, Ubuntu Core, Android™, or QNX® Neutrino® RTOS thanks in part to the well equipped U-Boot bootloader which can boot from eMMC flash or microSD card.

The TS-7970 ships with Debain 10 Buster.  Debian 11 Bullseye is now supported on all of our i.MX6 products, including the TS-7970. Images, drivers, and toolchains are available for download. For more information, visit the Debian section of the manual.

By default, Debian 10 Buster is loaded which provides a massive repository of prebuilt applications and services and Debian provides a long history of focus on stability and support.

Yocto is also available to take full advantage of the i.MX6 GPU providing simple integration with QT Creator and IDEs for rapid development. The Yocto environment is a powerful, stable, and familiar software stack, including common Linux tools and interpreters. With Yocto, we provide an x86/x86_64 cross toolchain which supports common onboard libraries and integrates with QT Creator, and other IDEs.

Ubuntu Core is a tiny, transactional version of Ubuntu for IoT devices and large container deployments. It runs a new breed of super-secure, remotely upgradeable Linux app packages known as snaps - and it's trusted by leading IoT players, from chipset vendors to device makers and system integrators.

The world's most popular mobile OS, now available on a robust embedded system. Android™ provides power development tools and a large community of developers. Android™ Nougat 7.1.1 is available for the TS-7970. The distribution provided for the TS-7970 includes driver support for all of the available hardware interfaces, including many not available in the standard Android™ distributions.

The QNX® Neutrino® RTOS is a full-featured and robust OS that scales down to meet the constrained resource requirements of realtime embedded systems. It is a true microkernel design and its modular architecture enable customers to create highly optimized and reliable systems with low total cost of ownership. 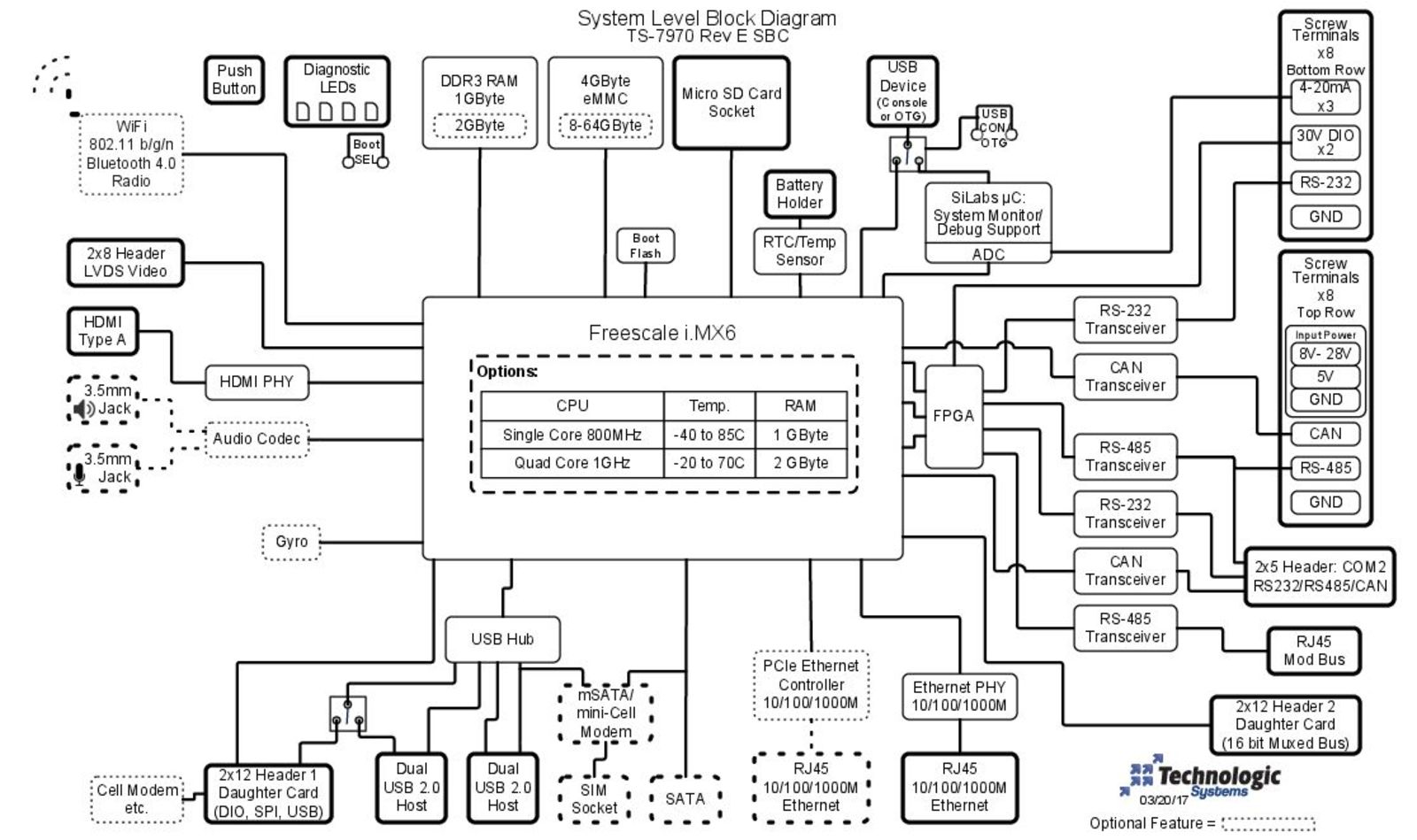 embeddedTS can provide you with a custom tailored version of our standard product starting at minimum order sizes of 100 units or more. Customized products can be based on various combinations of many of the standard product features. There will be a one-time customization fee to cover the set up of your custom part number and production processes. Once the set up is complete the standard lead time for your customized product would be 6-8 weeks. Please contact us to get started on tailoring this product to meet your needs. In addition to tailoring our standard product to your needs, for slightly larger orders sizes, embeddedTS can also provide a custom design based on this product to meet your mechanical requirements or to add features.

In addition to tailoring features available in our standard product set, the following options are available:

In Accessories and Extras

Products similar or related to the TS-7970.