Newer TS-7400-V2 Product Available. The TS-7400-V2 is the new and improved version of this product! Recommended for new designs. 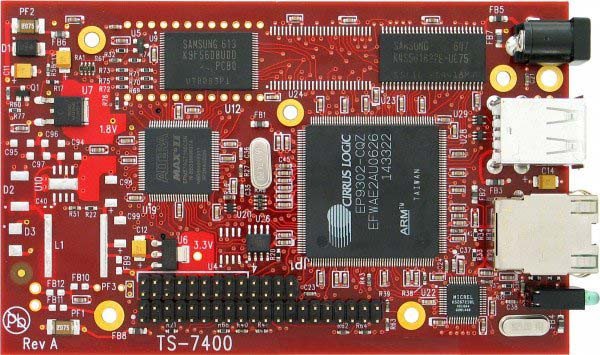 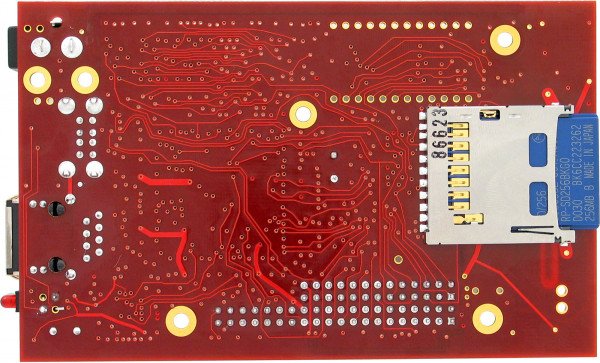 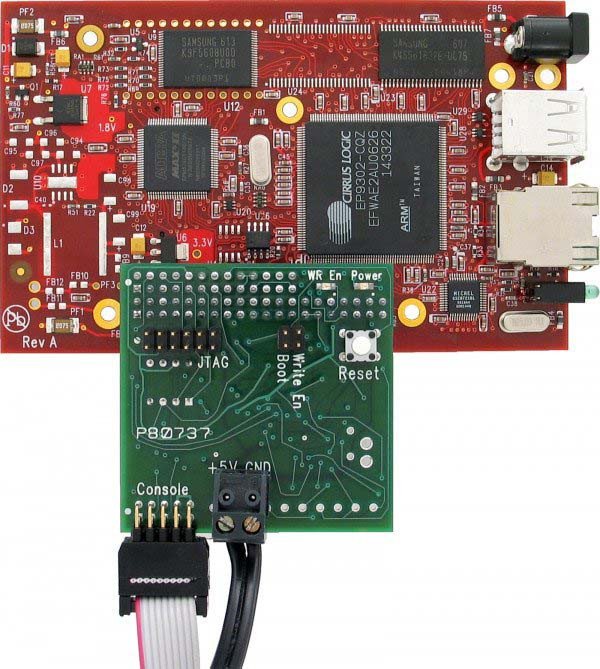 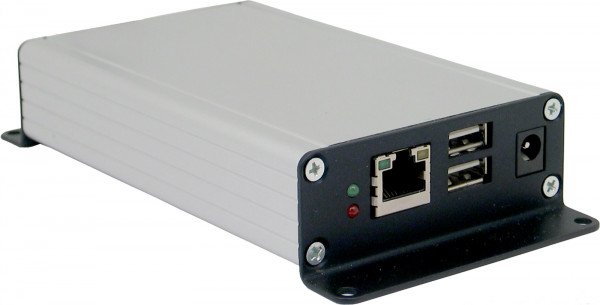 The TS-7400 is a compact Single Board Computer (SBC) based upon the e Cirrus EP9302 with an Arm9™ core which provides a standard set of on-board peripherals.

The TS-7400 is a small embedded Single Board Computer (SBC) that is designed to provide extreme performance for applications which demand high reliability, fast bootup/startup, and connectivity at low cost and low power, such as point-of-sales (PoS), vending machines, data acquisition units, data recorder modules, etc. Additional TS-7400 specifications include:

All the serial ports on the TS-7400 are TTL-level only, meaning that there are no RS-232 or RS-485 driver chips (these must be added externally). The TS-7400 supports tx-enable output for RS-485 on one serial port though.

The TS-7400 boots to NAND flash using a proprietary bootloader optimized for speed. The hardware accelerated NAND flash controller is a unique feature implemented in the on-board CPLD that provides hardware ECC, allowing the system to bootup to a Linux shell prompt in about 1.1 seconds. The on-board CPLD can be also used to provide custom functionality through an extra core, such as additional COM ports, quadrature channels, PWM, timers, frequency counters, etc. Contact embeddedTS for custom design services.

Two user controlled red and green LEDs are available and stacked vertically on the board. The TS-7400 engine is a standard size that fits into some off-the-shelf extruded aluminum cases, such as the Hammond Manufacturing Enclosures. To see details on the Hammond enclosures (part# 1455K1201), visit www.digikey.com or www.hammondmfg.com.

In order to configure and setup the TS-7400 flash system during development, a TS-9441 peripheral board is required. The TS-9441 has 2KB EEPROM, and 2MB serial flash, so it can be used to bring-up/recover "dead" TS-7400 boards. Using a console on the TS-7400 is only possible through the TS-9441 RS-232 serial port, named Console Header. Also, the TS-9441 enables regulated 5V DC power in. Once the TS-7400 is configured and loaded, it can safely run stand-alone.

The TS-7400 single board computer boots to Linux from NAND flash using the proprietary TS-FLASHBOOT bootup firmware residing in ROM memory. It can also boot from an SD card, through the TS-SDBOOT firmware. The TS-7400 Ultra-Fast bootup solution was optimized for speed and includes kernel, initrd, and filesystem (Busybox) tweaks. The bootstrap setup is very similar to the 1.69 second Fast Bootup for TS-7300, but is almost 30% faster. In addition, the hardware accelerated NAND flash controller is a unique feature implemented in the on-board CPLD that provides hardware ECC, allowing the system to skip software ECC during startup and enabling boot to a Linux prompt in 1.1 seconds. Since the TS-7400 actually boots to an initrd with a read-only mounted filesystem, it is possible to have something other than a shell prompt running after bootup by editing the /linuxrc shell script on the initrd. Additional TS-7400 software features include:

The TS-7400 Arm®-based SBC is compatible with a wide range of Operating Systems (OS's). The Linux choice is highly recommended and our products are totally integrated with the open-source vision. The Linux OS, TS-Kernel 2.4.26, is shipped by default with our Arm-based SBCs and includes complete driver support for our hardware within the kernel, enabling quick time to market for end-users' applications. Examples and source codes are also available for downloading.

The Linux solution is compatible with the RTAI real-time extension, enabling systems with strict timing requirements to be handled with our SBCs. Furthermore, NetBSD has been ported to the TS-7400 and Java solutions are also available.

Products similar or related to the TS-7400.